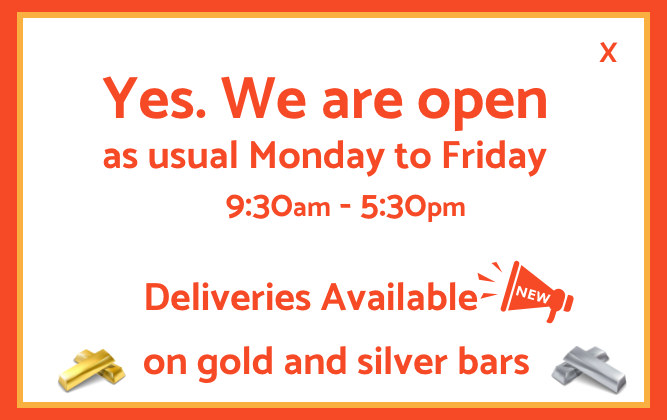 WHAT FACTORS DETERMINE THE PRICE OF GOLD?

The factors that determine the price of gold can be quite complex to understand. There are multiple aspects that combine to impact on the overall marketplace which in turn, have a flow on effect upon the way gold is priced. Supply and demand are key influences but these are heavily moderated by investor trends.

Some of the main factors that influence the price of gold are as follows:

Historically, the demand for gold increases whenever there is major turmoil on the world stage. Wars and political crisis can destabilise a nation’s ability to continue to manufacture, extract, and trade resources. When entire regions become destabilised, investments in surrounding countries can also become fraught with risk. If economies perform poorly, their currencies are devalued, or coups and radical leadership changes occur there is a strong decline in investment. People want to know their money is safe and can grow over time. Instability increases risk and thus gold is perceived as a safe, stable option and the demand, as well as the price increases.

Because gold is a finite resource, as more people demand it, the price also increases. The cycle eventually reverses when the price becomes too high. Demand falls and the price of gold also falls. Falling gold prices indicates that there is more gold for sale than people investors are willing to purchase.

Whenever mining companies discover large deposits of gold, the price inevitably decreases due to there being a larger supply. Most of the easier gold to extract has already been mined and the amounts of gold being produced each year are relatively small.

Investors generally seek to include gold in their portfolio for reasons of security, especially in times of increasing uncertainty. Gold is seen as a dependable port in a storm when the performance of other investments becomes difficult to predict. As such, gold is often referred to as a crisis commodity due to its stability in holding value. One fact is certain; regardless of how wildly the price may fluctuate, gold will forever remain valuable.

Many governments hold large amounts of gold in reserve. If a decision is made to release these reserves for sale the price tends to fall. Once again, when supply outstrips demand the price becomes lower. Conversely, when governments seek to increase their reserves the price of gold is driven higher as its availability become scarcer.

When the value of paper money begins to fall, investors flock to gold because it is seen as dependable and relatively stable. Paper-based markets are tied to economic factors. When an economy performs poorly and uncertainly looms, gold is perceived as a kind of insurance of wealth preservation. When the economy is strong and the stock market is performing well, investors tend to liquidate their gold assets in order to buy into stocks that promise a higher return on investment. This drives the price of gold lower.

It is easy to see how these many factors influence the price of gold in combination, rather than in isolation. In general though, the price of gold is largely dictated by the perception of those who seek to invest in it. If it is perceived that the market is weak and insecurity is on the rise then gold becomes an attractive and safe investment. On the other hand, if the market is perceived to be doing well investors prefer to purchase stocks that have a greater chance of improvement.